The success of any international event is directly correlated to the quality of language services and technical support. AWATERA is a leading provider of services for top-level events. We specialize in the interpretation of speeches and negotiations involving senior public figures, and offer comprehensive services to ensure your event runs smoothly from start to finish and beyond.

Our translators specialize in: 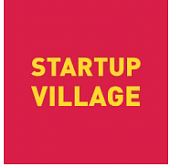 When you visit awatera.com, you agree that we process your personal data using metric programs
More details Got it, thanks